The Class Compendium and other curious WotC items

I was nosing around on some of the message boards when I came across a post about the Class Compendium: Heroes of Sword and Spell (which is also called Class Compendium: Heroes of Legend  in the Amazon picture) book that is set to be released next year. In truth I haven't been a big 4e follower outside of Essentials, which I am very happy with. I've pretty much ignored everything that has been, is being or will be released for the system since I quit playing it a couple of years ago. Well except for one item which I'll get to in a minute. Honestly I just didn't figure I'd keep buying 4e after the 10 product Essentials run, but this book has piqued my interest.
Here is the product description from Amazon:
"Class Compendium: Heroes of Sword and Spell provides new character options for Dungeons & Dragons® Essentials players who are ready to move beyond the two player-oriented D&D™ Essentials books, Heroes of the Fallen Lands and Heroes of the Forgotten Kingdoms. 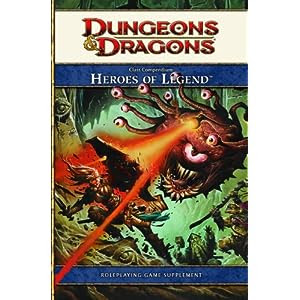 So it would appear that all of the complaints I've seen directed at Essentials from 4e fans may be a little off base. This book appears, according to the description, to serve the purpose of bridging the gap between Essentials and the core 4e books. Essentials is apparently not meant to be the death of 4e as they know it after all. Currently I'm not sure whether I'll be buying this or not. Essentials has, so far, had everything I've wanted out of 4e and I'm not sure I want to bring all the stuff I didn't originally like back into the game. Of course knowing me my curiosity will get the better of me and I'll buy this book anyway. Plus I'm kind of hoping it is another digest sized books, I just really like those.

The next thing I noticed is that WotC seems to be on a boxed set kick. There are at least two more boxed sets on the list of items to be released next year. I'm not sure why, perhaps it is because of the Red Box or Essentials format's popularity because the upcoming sets are pretty similar in format.
Here are the sets I found, again with descriptions from Amazon.
The Shadofell: Gloomwrought and Beyond
"Terror and suspense await you in the Shadowfell.

This boxed set is for Dungeon Masters interested in taking their heroes on excursions to the Shadowfell, as well as Dungeon Masters looking for a sinister setting in which to run thrilling urban adventures. A 128-page book presents the fully detailed city of Gloomwrought, complete with location descriptions, maps, quests, and game statistics for monsters and villains. It also includes provides information on other locations heroes are likely to visit beyond the city's dark walls. In addition, the box contains a 32-page book of encounters set in Gloomwrought and beyond, two card stock sheets of die-cut monster and villain tokens, a foldout battle map, and a deck of 30 cards that DMs can use to add suspense to any Shadowfell-based adventure. 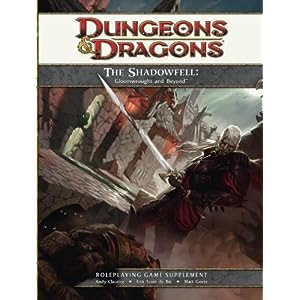 
"The Nentir Vale -- a frontier land sheltered by mountains and strewn with abandoned farmsteads, ruined manors, and broken keeps -- is the perfect base for any Dungeons & Dragons® campaign. Many heroes begin their adventuring careers here, and some also meet untimely ends.
Monster Vault: Threats to the Nentir Vale presents statistics, tactics, and lore for an array of new monsters that prowl the Nentir Vale, some of which trace their origins back to the earliest editions of the Dungeons & Dragons® Roleplaying Game. Other entries focus on campaign villains present in the Nentir Vale region, among them the Iron Circle, the Tigerclaw Barbarians, the Raven Roost Bandits, and several new villainous groups introduced here for the first time.

The monsters and villains contained within are appropriate challenges for heroic- and paragon-tier characters and fit easily into any home campaign, as well as other Dungeons & Dragons published campaign settings. In addition to a 128-page book of ready-to-play monsters and villains, this product includes 8 die-cut sheets of card stock monster and villain tokens and a double-sided battle map featuring four different encounter locations you can use when running encounters.

Contents:
128 page book of ready-to-play monsters and villains
8 die-cut sheets of card stock monster and villain tokens
1 double-sided battle map (featuring 4 different encounter locations)
Now this last item is not listed, that I could find, on WotC's site and there is no image on Amazon. So I can't be sure whether this is an actual product, or an item that has been canceled. Which brings me to the item I was actually wanting to get, but which is now apparently canceled, the Nentir Vale sourcebook. This is the setting I run the games for my daughter in, so I would have liked to have had this one. Perhaps it has been delayed and will be released closer to the time of the Monster Vault boxed set release.

This next item I've added to the list just because I am curious about whether it will be a standard sized book or a digest. It is 320 pages which is about the same as the digests. All of the standard sized supplement books I own, and the few I looked up on WotC's site are 250 pages and under (usually 160 pages), but it doesn't actually state that it is a digest. So this is one that I may have to look into a little more when it gets closer to release.

"The Shadowfell is a cold, grim place through which the spirits of the dead must pass on their way to . . . wherever. Dark, evil things live there, suffused with the power of shadow. Some mortals in the natural world learn how to tap into this source. Assassins. Necromancers. Hexblades. By all accounts, a ruthless lot. However, not all beings that draw strength from the Shadowfell are vile, blackhearted fiends. A few even dare to call themselves heroes, using the power of darkness to fight darkness. Are they evil? No. Deeply disturbed and hounded by their own dark demons? You bet.
Player’s Option: Heroes of Shadow™ focuses on characters that fight evil in ways that make others cringe. In addition to exploring the nature of the shadow power source, this book presents races, classes, feats, powers, and other options aimed at players hungry to play the archetypal antihero with a dark edge. 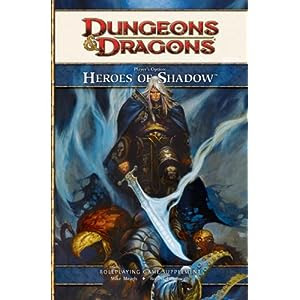 And on a semi-related note if you haven't checked out the gaming and D&D inspired 20-sided Rhymes over at Hipster, please! do so now. Not only is one of my favorite Nerdcore artists, MC Frontalot, featured on the album but I've now found several new favorites. In my opinion  this album is a must have for any gamer. I admit that I don't love every song on it, but more than a couple really kick ass. A few of my personal favorites are I Play D&D by Krondor Krew, D&D at the Library by Glenn Case and of course Hassle the Dorkening by MC Frontalot. Although I do like the original version better than the remix that appears on this compilation.
If that isn't enough to get you to go download this album right now then check out this rockin album cover. 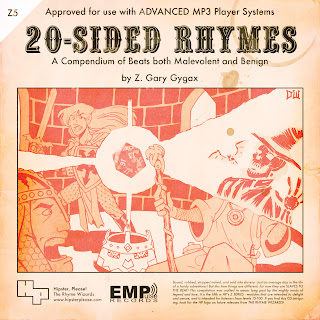 If you happen to be looking for more Nercore artist then check out the other compilations on Hipster, please!.

Two more artists that I highly recommend and that I wish were featured on this album, but weren't  are MC Lars and MC Chris.

Just for fun here are some videos.

Posted by Geek Gazette at 11:56 AM No comments:

The Mutant Epoch tabletop adventure role-playing game from Outland Arts is apparently set to be released this month.

I've been keeping tabs on the development of this game off and on for quite a while and I am definitely looking forward to grabbing a copy of this game. 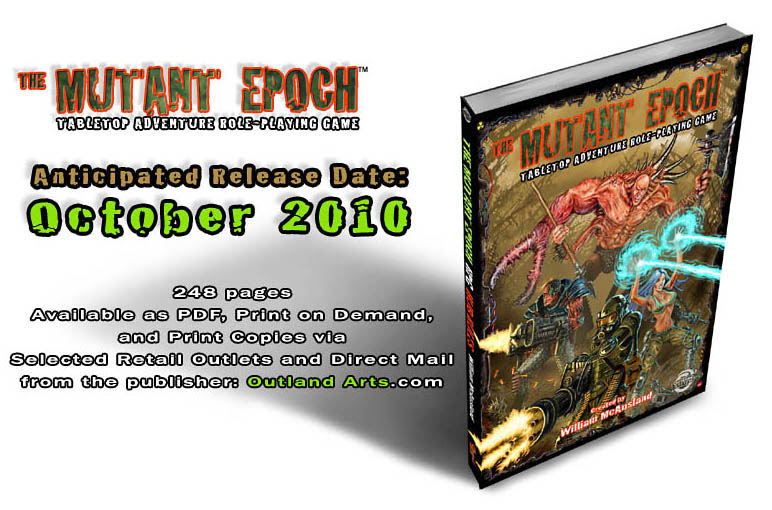 Posted by Geek Gazette at 1:33 AM No comments:

Just for the heck of it, I'm posting a punch of geeky videos that I've found. Some are funny, others are dumb and some just kick @$$.
Enjoy.

this is one of my favorites


Posted by Geek Gazette at 6:23 AM No comments: