I am planning on running an Eberron adventure using Pathfinder, naturally, this weekend and needed a couple of maps. So I Googled up some Eberron maps.
As I was going through the search result thumbnails I noticed a map that didn't look quite right. I could plainly see the Eberron continents on it, but there were a few more than I remembered. So I clicked the link and found my new favorite map.
Some one on the WotC boards had taken the time to place all of the D&D campaign settings as well as Golarion on the same world. Personally I think that is awesome, because I tend to let PC's switch from one setting to the next as if they were on the same world. Now they can be.
Anyway go check out the map here. It is the first post and he has put up several versions so that you can see the world, which according to his posts is scaled to about Earth size, from different angles. All you have to do is "open image in new tab" and then "save image"

Here is a sample of one of the versions of the map. 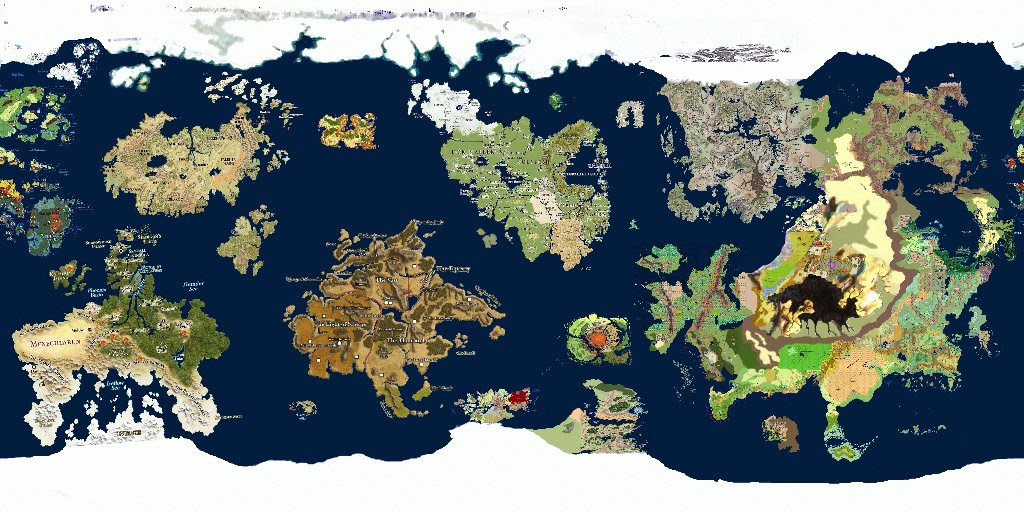